Cape Town – 09 June 2016: Running over a hundred kilometres with the Indian Ocean on your right, across wild beaches populated only with idling Nguni cattle and the occasional herder, over grassy headlands dotted with turquoise rondavels and through indigenous forests chattering with Vervet monkeys and birds, is a special kind of trail heaven called the Wildcoast Wildrun®.

South African trail running event specialists, Wildrunner, will host the 8th Wildcoast Wildrun®. from 1-3 September (The Race) & 8-10 September (The Journey) 2016. Starting at Kei Mouth and ending at Hole-in-the-Wall in the Eastern Cape, this three day, 112 km race, which offers some of the most incredible wilderness scenery in South Africa, is split into two events; a race for serious competitors, and a journey for the more scenic, social runners.

The daily distances over the three-day event are 44km, 35km and 34km.

According race organizer Owen Middleton, the event format is simple, ”Each day we follow a general route Northwards, but runners have the freedom to choose their own path, keeping the sea on their right and signing in at the checkpoints.”

“The terrain includes beach running, narrow cattle trails and open grasslands, scrambling over rocks off the beaches and up onto the headlands, and some jeep track – With river mouth crossings and varying tides, runners have to be able to swim to participate in the event.”

Middleton describes running as challenging but rewarding, “The grassy hills are broken at regular intervals by fresh-water streams and rivers (not for drinking) – some a shallow wade through and others a brief refreshing dip. Endless cattle movements have created some of the best trail running pathways, and runners will enjoy long sections of contouring trails that crisscross the coastline. The spring low tide gives way to rock hard golden beaches and open rocky reefs.”

Day One starts at Kei River Mouth and ends at Kob Inn. It includes a 10km section of tight coastline (beach and rock) until you get to the first grassy slopes and the infamous Jacaranda ship wreck. Highlights include crossing over the iNxaxo River and Qora River Mouth.

Day Two starts at Kob Inn and ends at The Haven Hotel. This day includes the magnificent Dwesa Nature Reserve, complete with some of the last remaining dune forests in the Eastern Cape, as well as crossing the mighty Mbashe River.  The balance of the days run is made up of undulating grassy slopes interlaced with short sections of beach. 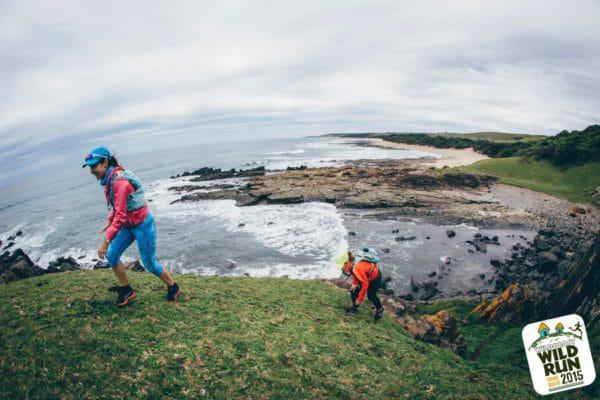 Day Three starts at The Haven Hotel and ends at The Hole-In-The-Wall. Runners can expect a mixed terrain, including small beaches broken up by rocky points and grassy headlands. Highlights include wide hard-packed cattle trails which lead to an elevated view of the finish and one of the most spectacular natural wonders in South Africa: the Hole-in-the-Wall rock formation.

The race is fully supported and participants sleep in the local seaside hotels every night, enjoying the legendary Wild Coast buffets, and the option of daily massages.

The Wild Coast is a section of coast in the Eastern Cape of South Africa, stretching from East London in the south to Port St Johns in the north. Set in an extremely remote and rural area of South Africa, the rugged coastline is largely untouched and unspoiled by modern civilization. It is a breathtaking natural environment, comprising of long white beaches, crystal waters, rolling grassy hills, indigenous forests and deep-cut ravines typical of the east coast of South Africa.

The Wildcoast Wildrun® experience is limited  to 80 participants per departure. Entries close on  31 July 2016. To enter and to find out more about this awesome running experience, please visit: http://www.wildrun.com/event/wildcoast 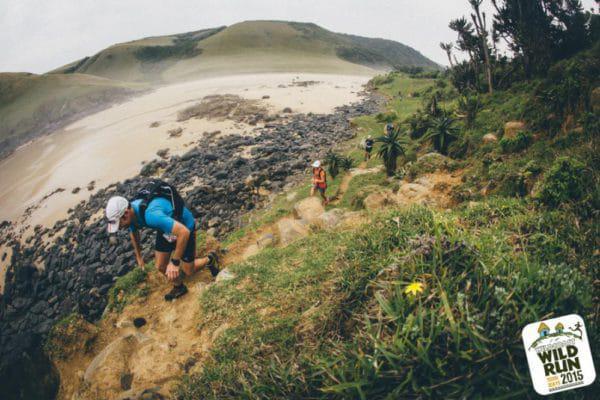